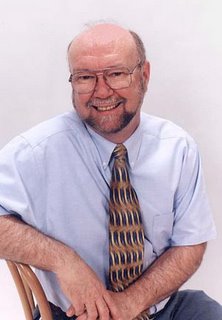 I remember picking up a copy of "On the Road," by Jack Kerouac at a bookstore in Downtown Crossing, Boston 30 years ago, and being unable to put it down. At the time, I was in my early 20's and struggling to define who I was. This book spoke to me like no other. After devouring it I was like an addict, I had to read everything by Kerouac and the "Beats." "On the Road," spurred me on to more reading, and eventually to an advanced degree in literature, poetry publishing, etc... When I read "On the Road" now at 50 I don't feel the same way I did then, but I can remember that seminal rush. Stephen D. Edington's,( who I met at a reading at the Squawk Coffee House in Harvard Square,) new book: "Beat Face of God..." writes:

"On the Road," is a classic coming-of-age novel-whether one attends college or not--in that it speaks to the universal experience of having to define oneself both in relation to, as well as counter to, one's upbringing, with all that upbringing contains. While the exterior landscape of "On the Road," is the geography of America in the late 1940's, the interior landscape is the soul of Sal Paradise as he struggles with the question we all encounter in our coming-of-age years: Who am I?"

Edington, a Unitarian minister in Nashua, New Hampshire, has written a book about the spirituality of Beat writers, and theorizes that the Beat movement may have been be a religious one. Edington defines religion as a reaction against that fact that we live with the knowledge of our own death. Religion tries to bring some meaning to life in light of this. Edington's thesis is that the Beats were the embodiment of this quest for meaning.

Edington provides a credible argument for this, even if at times he stretches a little. He examines the spiritual journey of many of the Beat generation writers such as: Jack Kerouac, William Burroughs, Lawrence Ferlinghetti, Diane di Prima, Allen Ginsberg, etc... Kerouac wanted to see the "face of God," hence the title. He was asked why he wrote "On the Road," he replied "Because we are all going to die." And it seems that Beats, whether it was William Burroughs attempting to exorcise his "ugly spirit," Neal Cassady's perpetual manic motion across the country to stay "outside of time," or Diane di Prima's attempts to find transcendence in a 1950's world that confined women to gilded cages, were all in hot pursuit of meaning.

On the subject of "Beat Woman," Edington provides an excellent quote from the poet Gregory Corso. Corso had a keen insight as to why women were marginalized in the movement:

"There were women, they were there, I knew them, their families put them in institutions, they were given electric shock. In the 50's if you were a male you could rebel, but if you were female your families had you locked up..."

There is no paucity of books about the Beats, but Edington brings a fresh and fascinating perspective into view with this fine collection of essays.