Review of Rosie Rosenzweig’s Bring Me Into Flesh, reviewed by Gregory J. Wolos 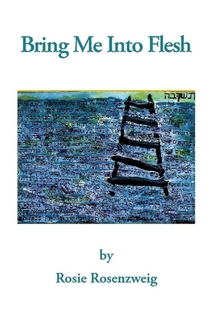 Review of Rosie Rosenzweig’s Bring Me Into Flesh, reviewed by Gregory J. Wolos

From the Bloc 11 Cafe: Ajda the Turkish Queen

Ajda Snyder is a talented singer/songwriter, who met with me at my usual spot at the Bloc 11 Cafe in Somerville, MA. She told me that she has lived in these environs since 2012. Snyder said of our city,  " I love it here. I would like to buy a place, but it is just too expensive."

Snyder describes her music as a confluence between the East and the West. She reports, " My music has been described as roots mixed with the ethereal." Snyder, a graduate of the Berklee School of Music in Boston, said as a kid she was inspired by Judy Garland.. She started performing in the Houston, Texas Public School System when she was growing up.

Ajda plays a number of instruments including: the mandolin, guitar, melodica, organ, piano and the banjo.

I listened to one of her songs, "Bobby's Car." It takes place in one of the more carnal places--none-other than a car. The tune is evocative, a sad/sweet homage, to a long lost love. Her voice is hypnotic--it seems to float through the air like an early morning mist.

Ajda is a voice teacher as well. She teaches privately at a shared-studio in Boston, and at Somerville's " Union Lesson Studios," right above the Bloc 11.

Ajda has played in many Somerville venues, such as the defunct Johnny D's, the Arts Armory, and elsewhere.

Snyder credits a former roommate, and  a one-time drummer for the Dresden Dolls-- Brian Viglione, as helping her get started--with his extensive contacts and his collaboration on any number of projects.

Snyder who founded the band "Black Fortress of Opium," as well as others" is focusing on " Ajda: The Turkish" band for now.

To find out more about Ajda  go to:
https://ajdatheturkishqueen.com/