The Hastings Room Reading Series Is Celebrating the Opening of our 5th Year Tonight March 27, 2019 7PM 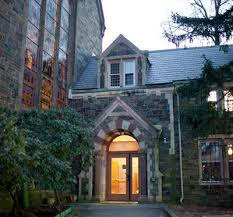 Remembering our VERY FIRST READING from April 2014,
a reminiscence by Michael Steffen

Founder Steven Brown will be giving a presentation of the poetry of his friend Henry Morganthau III, who died in July 2018 aged 101. Morganthau graduated from Princeton University in 1939. He served in the US Army during World War II. From 1945, he was involved in the television business, at various times working as an author, producer and manager for the larger national institutions like NBC, CBS and ABC. From 1955-77, he was a chief producer of WGBH (Boston). Morganthau came into his poetic gifts at the age of 98.
We have held yearly Seamus Heaney Memorial Readings (this year, September 4th)

OPEN TO GENERAL PUBLIC!
Doug Holder at 9:37 AM No comments:
Share 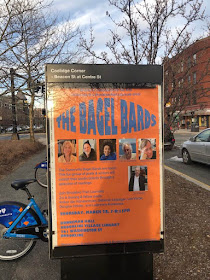 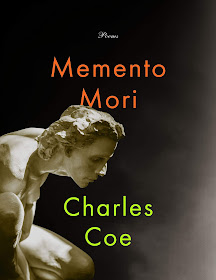 
I ran into Charles Coe at the Cambridge Public Library the other day. He is a man about my age, who was roaming the space with his signature causal gait, taking in the whole scene.  I did't see him hooked to the usual digital hardware, no texting finger dances...he was there... in the moment. As fate would have it he gave me his new collection of poetry "Memento Mori." It starts out with a quote by Marcus Aurelius, " Use your numbered days to throw open the windows of your soul to the sun.  If you do not, the sun will soon set, and you with it."

Coe, an accomplished writer in his sixties and holding--marks the passage of time and accepts it. He has conversations with his brash younger self--the shadow of death and the joys of life are in close proximity. He appreciates the simple beauty around him-- he is forgiving--he remembers grudges, but they take on different dimensions. He often laughs at us,but just as easily laughs at himself.

I was touched by his piece " Poem for an Absent Friend." The poet is in the Boston Commons with a friend who has a grim diagnosis of cancer. And it seems that the Commons in my life, and I am sure others-- has often been a stage for any number of dramas. In these three stanzas Cole populates his poem with "things," that infuse it with deep layers of meaning,

" So we walk across the Common
past pigeons pecking in the grass,
that scatter before the lion-hearted toddler's
charge, past the piper who whose ancient call to battle
bounces unheeded off the blank faces
of high-rise condos, past beautiful young women
in spring finery who will offer their bodies
as gifts  for someone else to unwrap
and your taking it all in on this farewell
tour of the world, taking it in and letting it go.

A young couple near the fountain holds a baby.
An older woman with a camera clicks the shutter
as we pass and we are captured in a frame.

Perhaps 100 years from now
someone flipping through a dusty scrapbook
will pause a moment to contemplate our faded images,
tow ancient and mysterious ghosts..."

Coe, also has a fair number of haiku in this collection, and one in particular made me think twice before I petted by beloved feline,

"if i were bigger
i would be licking your bones
sweet and gleaming white."

Coe's poetry is peppered with humor, and wry observation. He is a walker in the city, a flaneur--taking in the blues, a long lost dive bar,  and the finery and scent of  young women now out of his reach. Like the great photographer Walker Evans he stalks the subway-- he takes it all in, and knows one day--he will have to let it go. 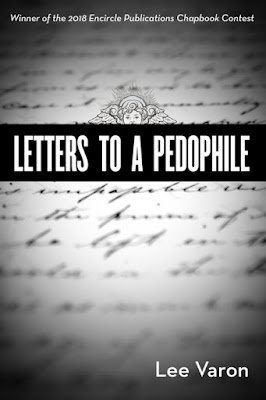 In Lee Varon’s first chapbook, Letters to a Pedophile, she creates a true relationship between the abused and the abuser. It is complicated and Varon expresses that complication through images and line breaks. Her poems are formal—they are written in a series: the title is also the first line and they all attribute to you—the receiver of the message. This pattern is very insightful. She is showing the reader a sense of compulsion that is a symptom of the you in her book. This makes the poems even more heartbreaking and at times we feel sympathy as she humanizes the you:

I was desperate
to guard my own light.
I could never have stopped

the shattered stars at your feet.

Her repetition of the word small and images of small is impactful. “children sprouted like mushrooms / soft and combed inward;”, she never states fact but abstracts the ugliness of her concept and makes it into beauty—devastating. At some points Varon is speaking as a child, “as if we were going to a good day at school / and subtraction was just math…”, and others she is speaking as her present-day self in recollection. “…a wafer near nothingness.” when describing memory. This back and forth strengthens the series making the reader trust the poet as she guides us through the chapbook— she knows without abstractions it would be too disturbing of a text for some readers, but by using the form of poetry we let go of the unbearableness of the subject. Varon has written it in a way that lets the subject become bearable. The chapbook is the fluidity of self and how many ways one can look at trauma. Varon takes trauma and shows us through poetry how to survive it:

I thought it was only a matter of
packing different clothes,
diverting a tornado,
breathing the correct number
of rescue breaths against blue lips.

Letters to a Pedophile is a stunning collection. You feel the truth and pain it took to write each poem. Art is how to transform trauma. Varon shares with us a topic that is hard to face. She has shown us how she processes trauma by using the technique of poetry. She has made this subject not only approachable, but brilliantly moving.

Alexis Ivy is a 2018 recipient of the Massachusetts Cultural Council Fellowship in Poetry. Her first poetry collection, Romance with Small-Time Crooks was published in 2013 by BlazeVOX [book]. Her second collection, Taking the Homeless Census won the 2018 Editors Prize at Saturnalia Books and is forthcoming in 2020. She is a Street Outreach Advocate working with the homeless and lives in her hometown, Boston